Carpspots was set up in 2013 by Jan van der Veen and Henk Dokter. They both have extensive experience in carp fishing at home and abroad. 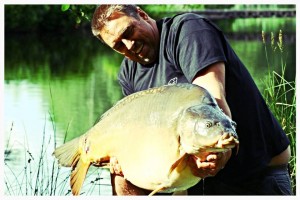 In 2001 they made their first trip to France and since then they have fished many different waters. Over the years they became increasingly choosier in selecting a new destination. That did not always have to do with the weights of the fish that they could expect. At least as important factors were nature, the environment and the facilities present. An adventure in France simply consists of more than a scale and large scales. Spending a week in beautiful surroundings is, in their view, worth at least as much as that certain big fish. Fishing in France is something that most of us may only do once a year and then you want to make the best of it, in every aspect. 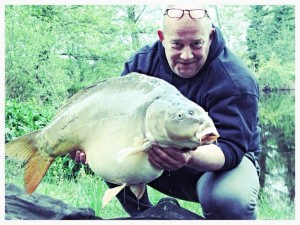 With that in mind, they went in search of waters that for sure will meet their own standards. And they have found them! Another important point for them was that they could offer everyone a water that suits the personal need. Some people are looking for the biggest fish they will ever catch while others go for the action and less for the big ones. It was also important for Jan and Henk to be able to offer a water which is ideal for a holiday with the whole family. Something for everyone! Whether you want a lake for yourself, or want to fish for a week with others. Whether you want to cook yourself or want to have fully catered meals. Whether you want to travel to France with a car full of fishing gear or want to rent a complete setup on site. They have it all. And they are sure you will like them just as much!

They also find it important to be 100% honest towards their customers about what they can expect from a destination. After all, trust is the basis of a hopefully long-term relationship between their customers and Carpspots.