When we started offering Lac D’Arcy in 2017, we could not have imagined how quickly this lake would become so popular. The new owner, Dominique Couvez, very popular among carp anglers, provided new impetus by solving the weed problem that was present at the time.
Customers from the past suddenly came back and the catches did not lie. The large common carp were particularly noticeable, but the water also appeared to house a number of beautiful large mirrors. The hospitable bailiff Jean Claude looked after (and still takes care of) the guests well and assists everyone with advice and action. Anyone who has met him will recognize that one of his favorite sayings in English is “no problem”.

From the beginning we have seen the fish grow every year and it was only a matter of time before the first carp would break the 30 kg mark. Everyone thought that one of the big scales would succeed first, but nothing could be further from the truth. During our second session in 2019 at Lac D’Arcy we managed to catch the new lake record ourselves, a mirror of 1.20m long and a weight of 31.2 kg that had not been caught in a few years was named Diesel. Given the growth in carp, we knew that this record would not stay in the books for long and that it would be a matter of time before more carp of this size would be caught.
That turned out to be correct because at the start of the first lockdown of 2020 a French carp angler caught a common at exactly the same weight. When fishing in France was allowed again, the carp anglers flocked again and a PB was broken almost every week. Of course there were also disappointments and blanks, because it is not an easy lake! You have to know what you are doing and be able to adapt to the circumstances.

1090/5000
Sharp fishing, disturbing the lake as little as possible and using good quality bait is a must. If you have not done one of these three things properly, chances are you will go home empty-handed. And even when you show up at the start fully prepared, you can also have the bad luck that they just don’t bite. This makes fishing Lac D’Arcy challenging and the reward is all the greater when you succeed.
The last guests of this season had their business well organized and were also lucky that the carp decided it was time to grow some extra “winter fat”. Ideal conditions to keep a good house! You can say that this worked out fine because early in the week we received a message that a new lake record had been caught, in the form of a scale carp weighing 32.7 kg. No one could suspect that the same fisherman would repeat this feat by catching an even bigger common a day later and thus sharpening the record again with another scale of 33.1 kg !!! 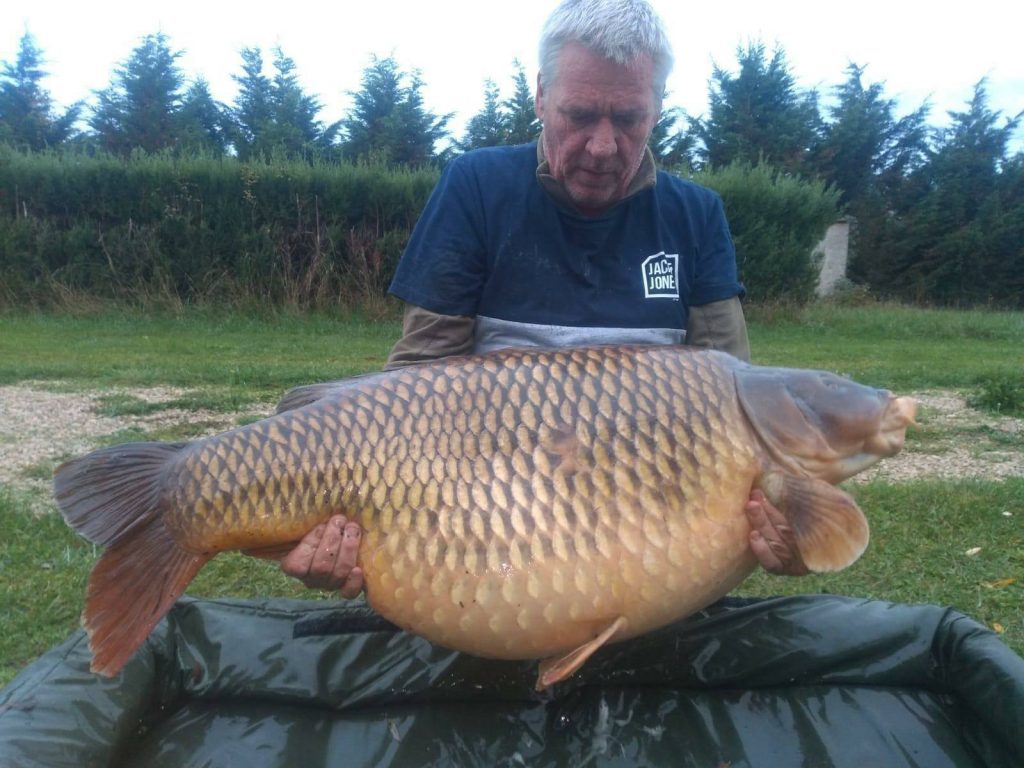